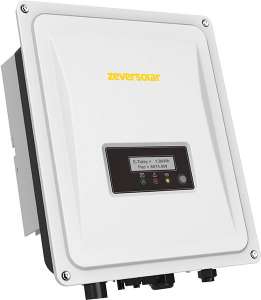 We are driven by the idea of a solar-power revolution. By creating reliable, affordable and easy-to-use solar inverters for all kinds of PV systems, we are revolutionizing access to solar power and bringing energy to everybody. To accomplish our revolution, we combine the best of two worlds: Chinese efficiency and German quality standards.

Since our start in 2007, we have become one of the biggest solar inverter manufacturers in China. In 2009, our idea grew into a movement, spreading to Europe and Australia. Since 2013, we have become a part of the world´s leading manufacturer of inverters for photovoltaic systems: SMA.

With headquarters in Suzhou (China), branch offices in Germany and Australia and more than 450 employees, we producesingle-phase and three-phase string inverters for residential and commercial applications as well as central inverters for industrial usage. Software and monitoring tools round off our portfolio. Since 2015, we have been one of the leading manufacturers of inexpensive solarinverters.